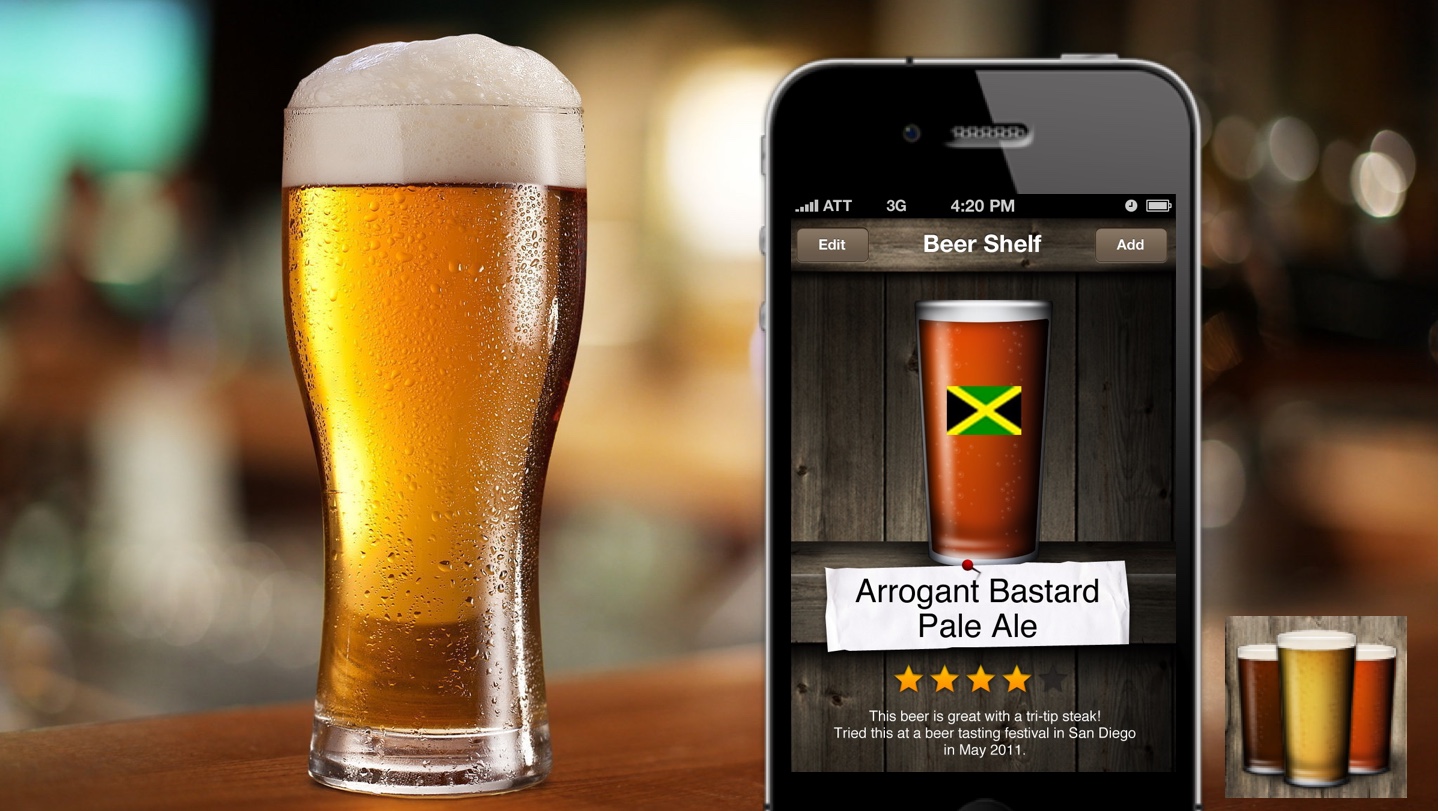 Design Agent wanted to build a creative way for craft beer enthusiasts to track, collect and rate their favorites. Using a mobile application, users could take a picture of a craft beer and record pertinent data, which would allow them to recall details about that particular beer at a later time. For example, one could use the app to recall a unique brew that was discovered on a tour in order to make recommendations to friends or order at a restaurant. User ratings would collectively be gathered, analyzed and be available to other app users when at retail locations and restaurants to make better choice selections.

The design concept was to mimic an environment that provides emotional connection for craft beer enthusiasts - to present an interface that displays craft beers, wooden shelves, and tap bars. Users could then add beers to their shelf, categorize them with a drag-n-drop interface, and showcase their ratings with captions they created. 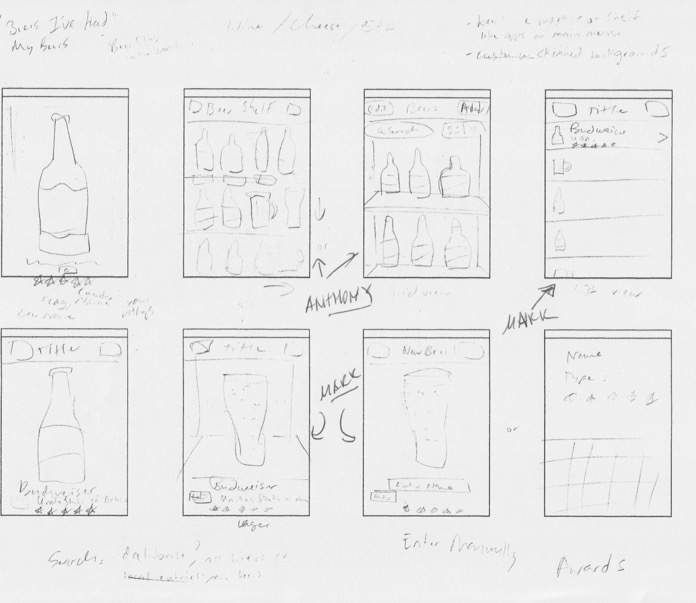 Because craft beer is generally served in a glass vessel with no label, this proved to be a major technical constraint given visual image recognition capabilities in 2011. In addition, a comprehensive global database for craft beers did not exist at that time. To overcome these constraints and facilitate finding of beers in the app for users, we utilized a capture system with special image analysis algorithms (eg. detect the hue between "Amber" and "Porter" ) in order to narrow the set of potential matching beers.

The mobile application (iOS 4.0) featured a charming wood-textured shelf interface that allowed scrolling through the beer collection and manipulation via drag-n-drop grid interface. This was accomplished through several innovative techniques since "UICollectionViews" were not available until iOS 6.0. This, along with the use of image techniques and location detection, allowed users to engage smoothly with the app to add, edit and share their favorite craft beers with friends.